Area 1: Self as a Reader

As of entering City College of New York, I’ve learned a lot about myself and my priorities. When I was in highschool, I was on top of my work and always made time to do my homework. Although I did most of my work last minute it wasn’t the hardest thing in the world. However, over this semester, I’ve found out that this is one of the worst habits that I have. Homework load may not be as much as it was in highschool, but sometimes the readings are tremendously long. When the readings were nice and short such as Superman and Me by Sherman Alexie or My Mother’s Garden by Kaitlyn Greenidge, I wouldn’t have to stress over them and easily made time after dinner to do these readings. Since these were short and I had enough time to do them, I found myself doing lots of annotations such as underlining and circling words, writing questions down, and summarizing important paragraphs in the margin. 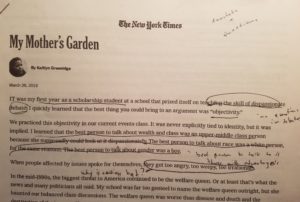 However, when the readings started getting longer, I had to make more time to do the reading and sometimes it was a struggle since I had other classes that also had homework due. I found myself annotating less and I felt like I had to reread curtain parts fully grasp the understand of such a long passage. An example of this would be Beloved Enemy A Cripple in a Crippled City by Leonard Kriegel. It was a pretty long passage and actually took me longer than expected to finish reading it since I would read curtain parts of the passage and wouldn’t understand so I constantly went back to reread them. I also found myself annotating less because I felt like it would take forever to do, so I just started to underline and do less margin notes.  Ultimately what I’ve learned is that my annotations actually played a larger part in me understanding the passage more and making it easier for me to summarize texts. When I annotate, I spend a couple minutes basically going over the text in my head and made it easier for me to organize my thoughts. Whereas when I didn’t annotate, I had to go back multiple times just to make sure that my thoughts were correct.

These few sentences really resonated with me the first time I read this. It actually made me stop reading the passage and made me think to myself  “In a sense, this is the way I go about when I get into an argument. I’m generally a really introverted person and the same goes for when I argue, I keep my emotions to myself.” In some cases, I actually find it hard to express myself because a part of me thinks “even if I’m getting myself into the best or worse situation possible, I won’t care until it actually happens”. So generally I’m a very objective person and the quote by Greenidge just resonates back at me. The first half of it explains how the best people to talk to would be the ones with advantages because they look at it more dispassionately and present objective information. I found this first part really relatable to most people. If you are going to ask a question like what is the key to success, you ask a person who is successful. The second part of this quote states the issues with getting information from those affected by an issue since they will speak with emotions and passion. This may not be the best information since it may end up being over exaggerated. From personal experience when I do speak with emotions I find myself over exaggerating curtain details and misleading people isn’t something that I like so I guess that is one reason why I’m such an objective person.

“Language is a political instrument, means, and proof of power. It is the most vivid and crucial key to identity: It reveals the private identity,and connects on with, or divorces one from, the larger, public or communal identity” – James Baldwin 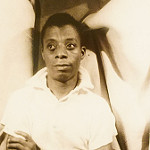 As James Baldwin says that language is a proof of power, my writing is a weapon that needs to be sharpened. I know that when I’m done writing, I do very little to edit or go over my writing. When I do go over it, I would notice some small issues sometimes such as grammar, but I feel like I can’t see if there is any structural problems with my writing. What goes through my mind before I start writing is that I brainstorm the BEST way to write what I need to so if I do go back and edit, I only see the best way I wrote it. If I gave my writing to a different person, they won’t have the notion that I wrote the best possible way, therefore they would have criticism that I otherwise wouldn’t have. This semester my writing has allowed me to identify the weak point of my writing process so that I know that I struggle with editing my writing, I can always find a person to look over my writing or head over to the writing center for help. Considering the fact that I’m still a freshmen and will have plenty of papers to write, I feel like it’s good that I’ve learned this early on as it’ll help improve my writing and grades later on.

This entry is licensed under a Creative Commons Attribution-NonCommercial-ShareAlike 4.0 International license.

Need help with the Commons? Visit our
help page Send us a message

Built with WordPress Protected by Akismet Powered by CUNY